Despite a rise from sp'1398 to 1503, the bears are still lacking any energy to push this market back lower. Even 0.5% lower seems too difficult right now. VIX is still creeping a little higher, but remains in the 13s. The $ is moderately weaker..and is probably helping the precious metals..which are indeed somewhat higher. 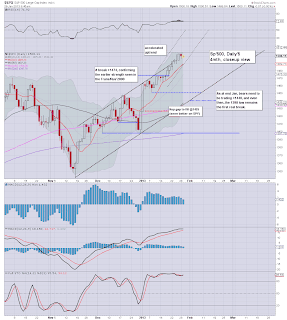 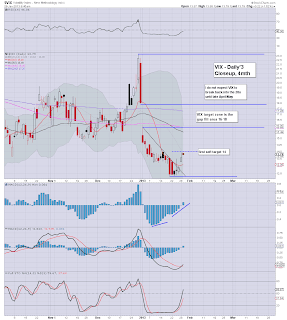 So, the bears remain embarrassingly weak. Oh so weak.

A market rally/ramp from 1398 to 1503..and bears can't even manage a brief 1% decline. What is laughable is seeing anyone with the audacity to tout major declines in the mid term.

There simply is ZERO power on the bearish side.

On the contrary, the bulls have the algo-bots...and the Bernanke 'bux'. That free money will remain a major prop to this market.
--

Bears should keep their eyes to the VIX. A close in the mid 14s..would be particularly useful..and open up a spike into the low 16s as early as tomorrow.
-
updates...as necessary.

*don't forget, we have AMZN earning at the close.
Posted by Permabear Doomster at 14:50:00
Email ThisBlogThis!Share to TwitterShare to FacebookShare to Pinterest
Newer Post Older Post Home