We're now less than 0.4% from the April peak of sp'1422. Its pretty incredible to be back at these levels since the spring rollover where we fell all the way down to sp'1266.

Lets be honest, very few of the chart community (myself included) were calling for anything over 1375, and whats even more impressive is how the market has managed to melt upward - even though the consensus is arguably now 'no QE before the election'. 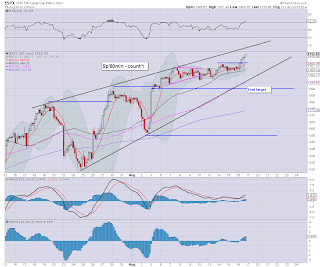 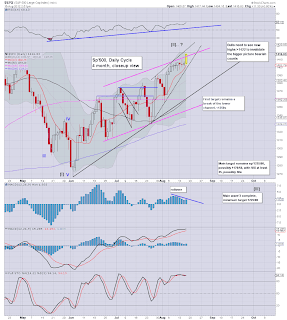 Other indexes like the tranny and Rus'2000 are still way behind the sp'500. More on that issue though later.