Yesterday I was looking for sp'1355/60 'best bullish case'...we hit 1354....that is close enough
VIX breaking under 20 was as expected, and for the bears..at least it didn't break down too severely. 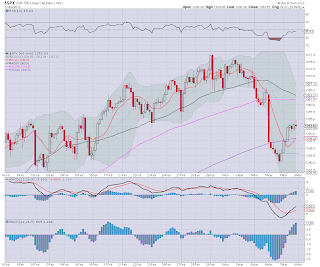 I suppose its viable we could get a further Thursday kick upward, to as high as 1360, but that seems a stretch. Who wants to buy above 1360 after Wednesdays first initial wave of excitement? 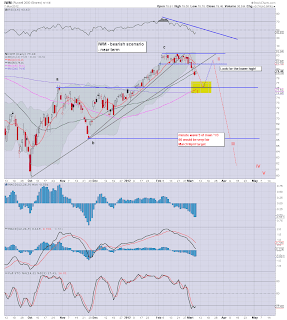 Bearish case: still looking for 76 in the immediate term. It does look VERY likely that we'll bounce off 76 sometime by opex. Right now, any subsequent bounce would likely be restricted to around the 10MA - currently 81 (79 middle of next week) 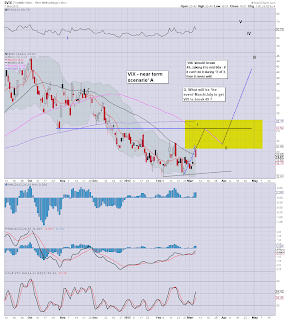 VIX got the expected whack treatment today to close a touch under the 50 day MA. If market moves up to around sp'1360, then VIX could briefly hit the rising 10MA - which will be around 18.50 at the Thursday open.
-- TVIX had a bad day yesterday. With the VIX up over 20%, TVIX managed just a 4% rise. Yes, TVIX does NOT measure the exact same thing as the VIX itself does, but it should be reasonably close..and 2x !

Volume in TVIX has certainly fallen back sharply. Today's loss of almost $1 is a little concerning. What matters is when the VIX hits 25....will TVIX have adequately replicated the move? 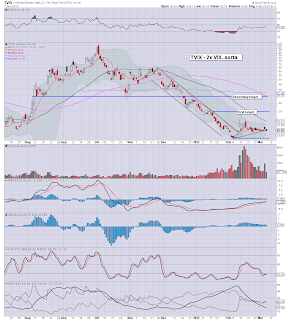 Is this where the old TVIX players are moving their VIX money to? Volume is substantially increasing. 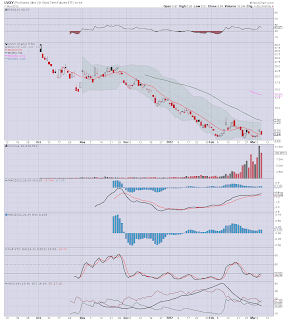 We have the Greek PPI matter to be resolved. The announcement is rumoured to be around 3pm tomorrow, or maybe sometime Friday. Knowing the Greeks, they'll somehow manage to delay it until after the weekend.

Regardless, I am pretty content being short right now.