US equity indexes saw morning weakness, with an FOMC announcement spike low of sp'1993. There was some distinct strength in the late afternoon (intra high 2010) but settling  sp +2pts @ 2001. The Dow and Transports broke new historic highs of 17221 and 8695 respectively. 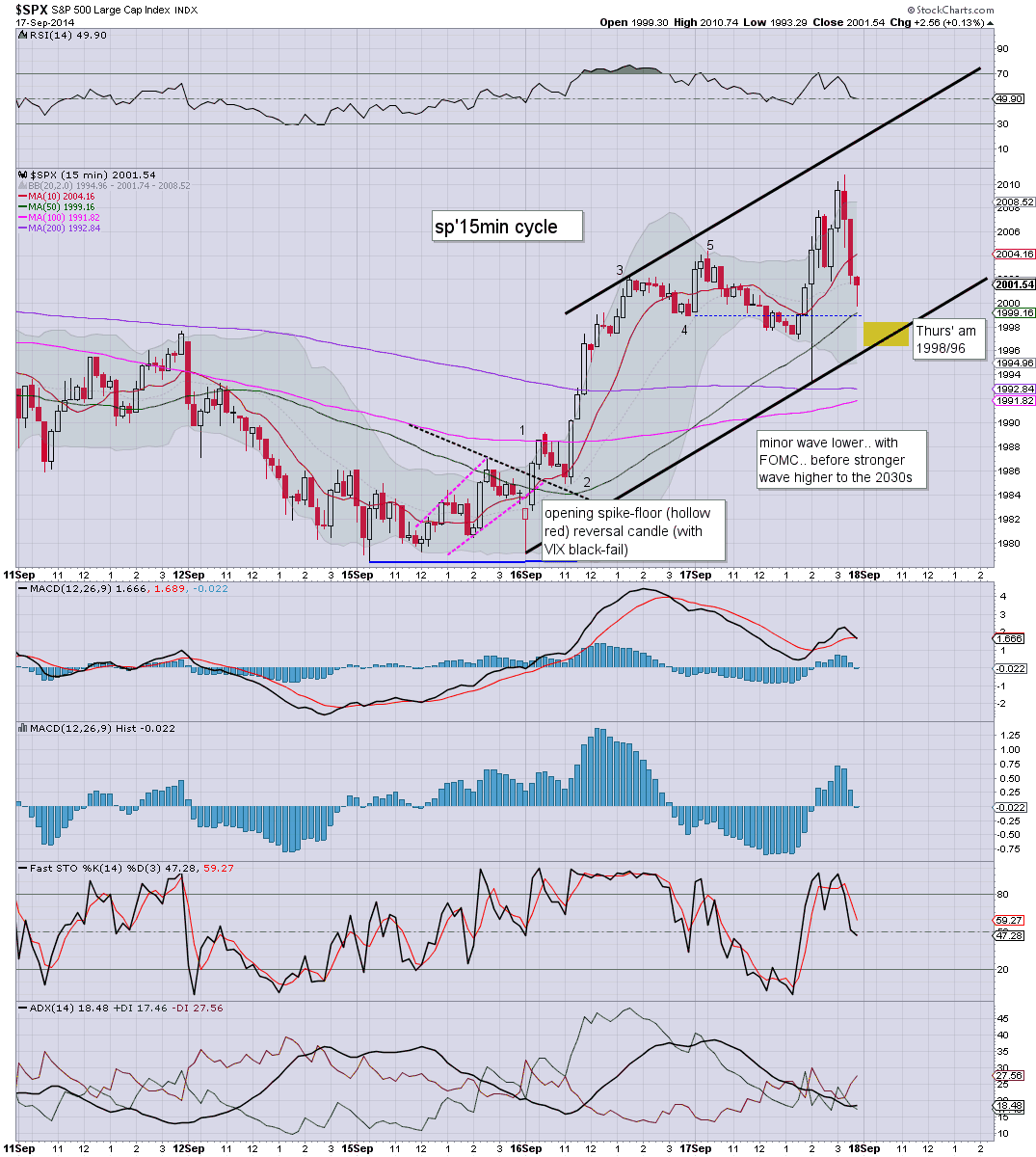 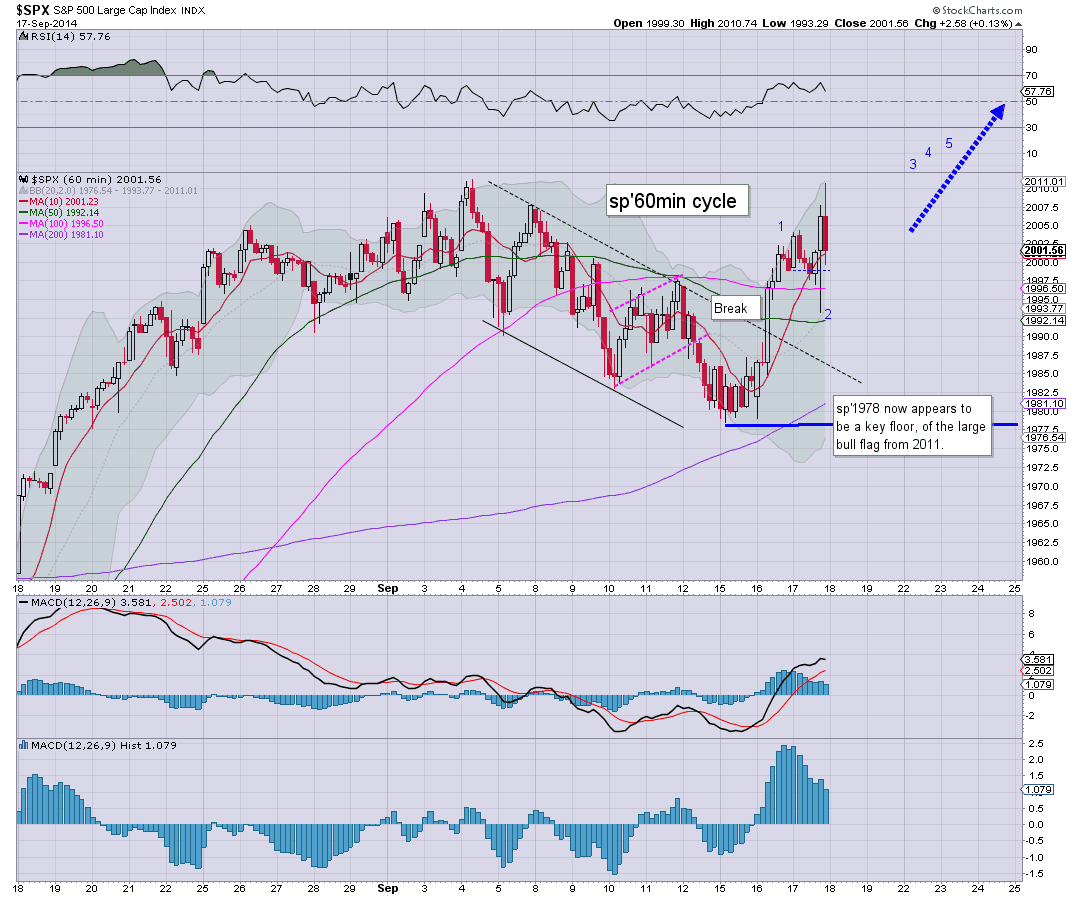 Without question, another day for the equity bulls, and with the FOMC out of the way, the road is clear into October.

I will look to go long early tomorrow, no later than 11am.
--