Good morning. US equities open a little lower, but with sig QE-pomo today, the equity bears face the usual problems. Precious metals are flat, although it is notable that Copper futures broke <$3 in overnight trading. VIX is higher, but only 4%, and remains in the lowly 14s. 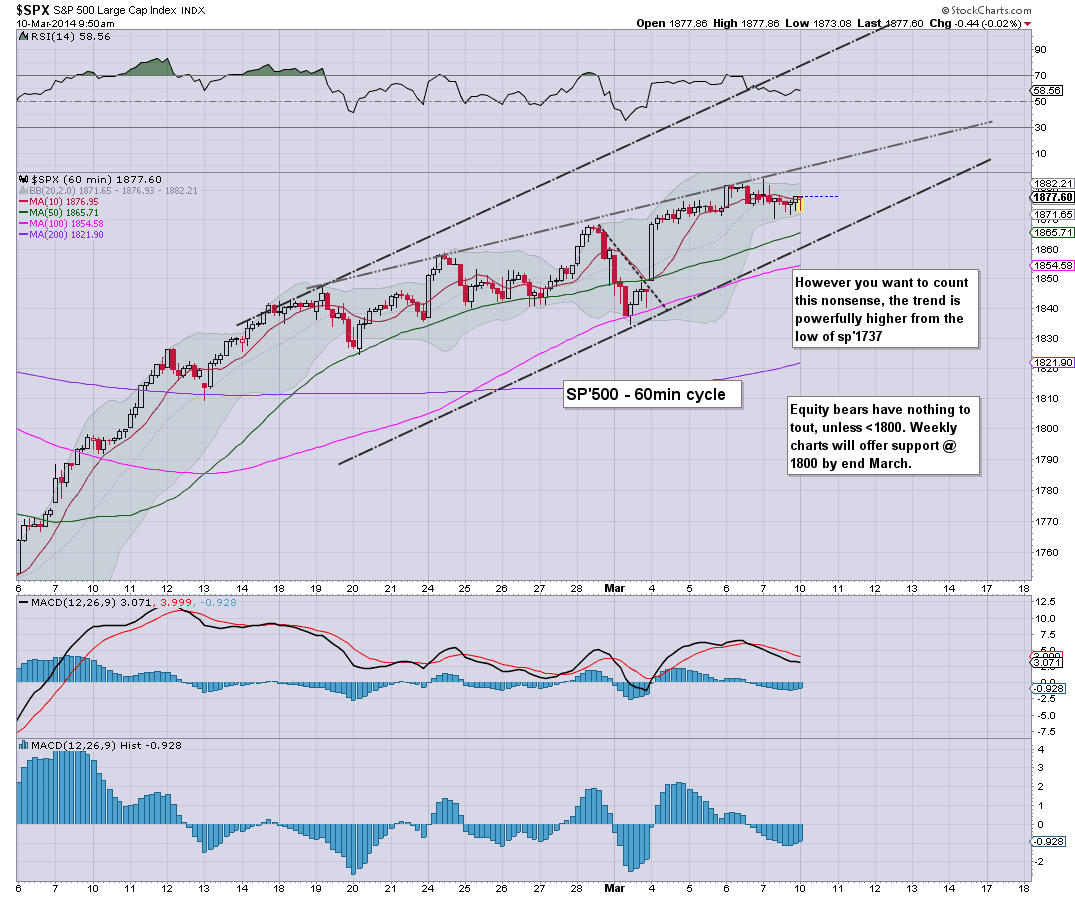 *however you want to count the ramp from sp'1737, the broader trend remains higher, and unless we start putting in a few lower highs..lower lows...bears have nothing to get exctied about.
-

If there is one thing I find annoying, its when the US clocks change...but not those in the UK/EU. For 3 weeks, London city is a mere 4 hrs ahead of the US east coast.

As for the market... hourly MACD (blue bar histogram) is already negative cycle, and frankly, with the QE today, I can't see the bears managing anything today.
-

Miners...ANR, BTU, FCX, all very weak - after the Friday massacre.

The only issue seems to be..when will the QE money kick in today?

*I'm watching DRYS, its holding above the 50 day MA, but really, I'm just not in the mood to hit buttons. Besides, the bigger trade - at least for me, is an FOMC index short next week.

Regardless..this is the same 'tease' bears have seen for over a month.
Posted by Permabear Doomster at 13:51:00
Email ThisBlogThis!Share to TwitterShare to FacebookShare to Pinterest
Newer Post Older Post Home