3pm update - melt into the close

With the bears exhausting their power at sp'1681, the bulls are seeing the usual latter day recovery/rally. A close in the 1690s looks very viable, and that will open up the still elusive 1700s early Tuesday. Oil is marginally red, along with the metals. 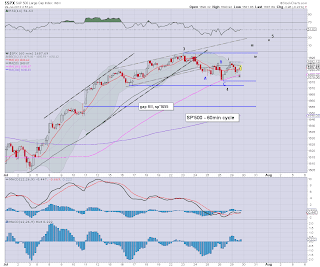 All things considered, we're more likely to rally..than slip into the close.

Bears had their chance, and instead of breaking back into the 1670s, they've left a rather clear inverse H/S formation, which is highly suggestive of the 1700s tomorrow.


SLV is still weak, but holding within a broader up channel. 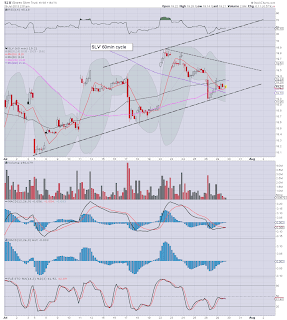