10am update - bulls still have the edge

It looks like Mr Market has again teased the bears, and we're seeing an opening floor spike on the 15/60min cycle charts. If the floor holds, then bulls have a real chance at the mid 1640s later today, and that will open up 1655/60 by the end of the week. 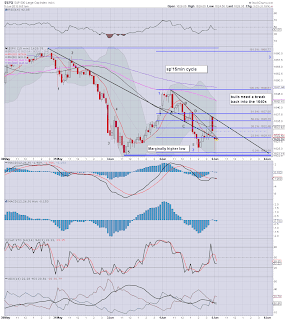 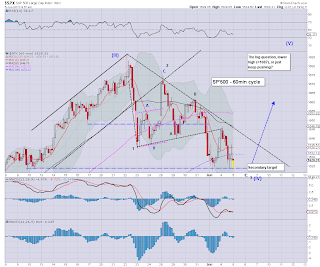 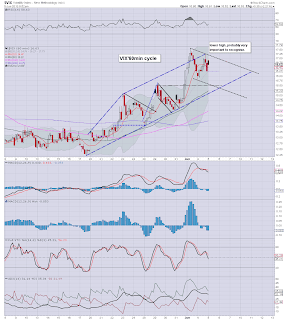 It sure looks like a floor spike to me.

..and we have a black candle on the VIX. Another sign the bulls might be able to whack this market up this morning.
--

*I remain holding heavy long, seeking the sp'1650s, although frankly, I'd be bailing anywhere in the low 1640s later today, if I can get it.

Market still holding the recent floor, but it sure is a borderline situation.

Considering the MACD cycles on the 15/60min cycles, I still think bulls are going to ramp this higher.
--


10.19am...well, there goes the 1622 floor. Bulls now in major trouble of another 20pts of downside. I suppose it could be a fake-out, but its effectively pointless to even dare think that.
--

Even more important, bulls need to break 1635, to stabilise things.

One consolation to the bulls...VIX has so far put in a LOWER high.. but that is very unreliable right now. Will only know later in the day, if its important... 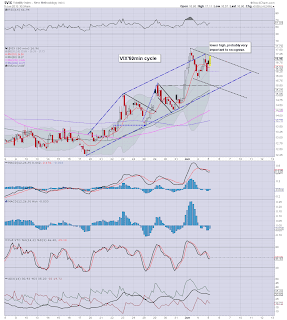